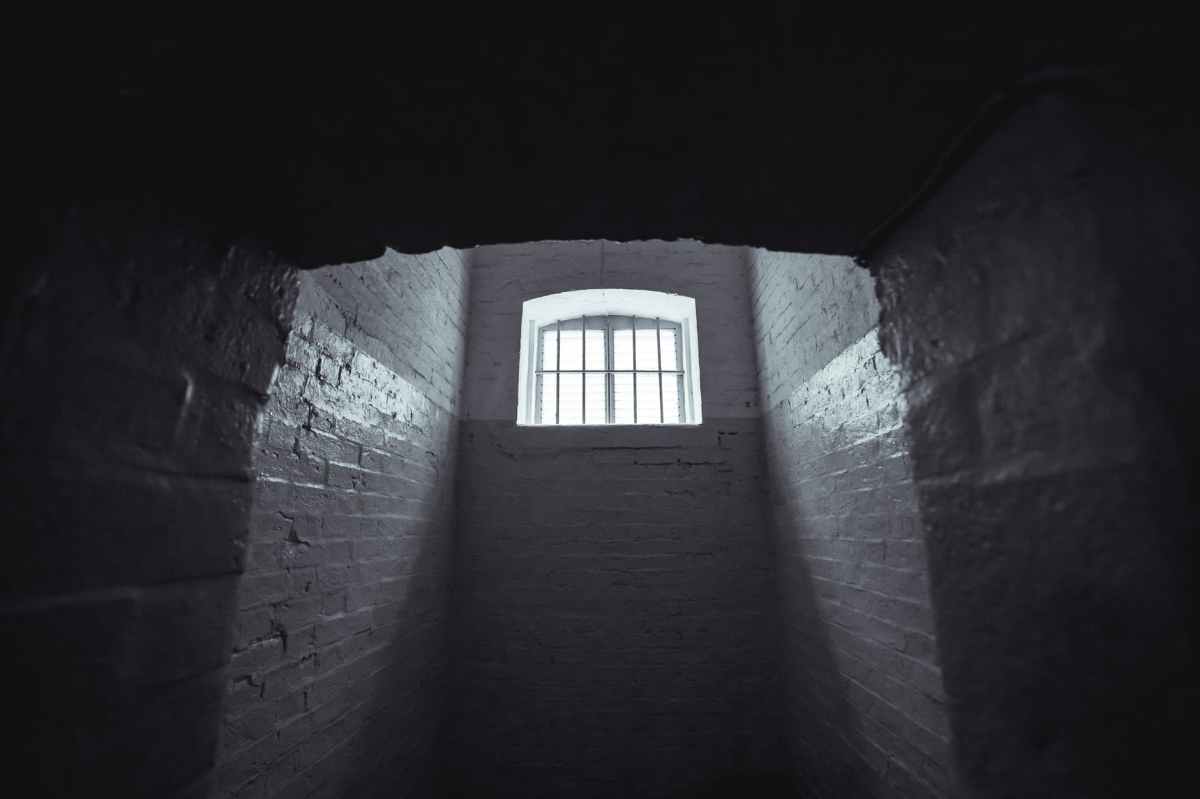 Operational from 1829 until 1971 lies a former American prison in Philidelphia, Pennsylvania. This penitentiary refined the revolutionary system of seperate incarceration first pioneered at the Walnut Street Jail, which emphasized princples of reform rather than punishment.

Inside this innovative, wagon wheel design, Al Capone and bank robber, Willie Sutton were held. Also incarcerated here were James Bruno (Big Joe) and several other male relatives between 1936 and 1948, for the alleged murders in the Kelayres massacre of 1934.

When this prison was completed, it became the largest and most expensive public structure ever erected in the USA. It quickly became a model for more than 300 prisons world wide. This prison is currently a US National Historic Landmark, open to the public as a museum for tours.

Before the Eastern State Penitentiary was built men, women, and children who had committed all manner of crimes, from petty theft to murder, were jailed together on what amounted to little more than dirty pens, which were overcrowded, disease-ridden, cold, dangerous, and generally unsupervised. Abuse by both jailers and fellow inmates was common, and food, heat, clothing, or protection was only provided if the inmate could afford the price. Rape, robbery, and beatings were common practices, and it wasn’ unusual for prisoners to die from cold or starvation.

The Eastern State Penitentiary opened in 1829, although it would be seven years before it would be completed. It had an initial capacity for 250 inmates, every prisoner would have his own 8×12-foot cell, which would feature central heating, a flush toilet, running water, a shower/bath, a skylight, and private exercise yard.

From the minute these inmates entered the facility, they were kept isolated. They were escorted into the prison with an eyeless hood placed over their heads and afterwards the isolation would continue so that the could contemplate their crimes and read the Bible, which was supposed to lead to penitence and reformation.

Inmates could not mingle with other prisoners or continue relationships with friends and family outside. When these prisoners were outside their cells, they were required to wear masks to hide their faces in their privat exercise yards, which they were allowed to use one-hour a day, with minimized interactions with the guards.

The only contact prisoners had was with the warden who was required to visit every inmate every day, and the overseers who were mandated to see each inmate three times a day. Even this communication was made through a small portal where meals and work materials were passed.

In 1832, the first inmate made his escape. For reasons unknown, this inmate was no entirely confined to solitude and served as the warden’s waiter. He had made his escape by lowering himself down from the roof of the front of the building. He was later captured and returned but again made another escape in the same way in 1837.

There were some who were not convinced of the methods used on the prisoners. Charles Dickens, after a visit in 1842, wrote:

“I am persuaded that those who designed this system… do not know what it is they are doing.. I hold the slow and daily tampering with the mysteries of the brain to be immeasurably worse than any torture of the body.”

Though the reform plan of the Pennsylvania System called for no corporal punishment, this was not the case. Guards and councilors were known to have designed various physical and psychological torture regimens for various infractions.

In July, 1923, Leo Callihan and five accomplices, armed with pistols, successfully used a ladder they had built to scale the east wall of the prison, holding up a group of unarmed guards. Callihan’s accomplices were eventually captured but Callihan was not.

Several riots occurred over the years; some over insufficient facilities, overcrowding, and idleness. Others because of insufficient wages. In 1961, John Klausenberg, an inmate, tricked one of the guards into opening another inmate’s cell, and he and the other prisoner overpowered the guard to begin the largest riot in the prison’s history.

Over the course of 142 years, this penitentiary housed some 75,000 inmates. More than 100 inmates escaped, all recaptured except one. Two guards and several inmates were murdered with in the walls, others committed suicide, and hundreds of others died from disease and old age.

This penitentiary is said to be the most haunted prison in the United States.

I believe I might think twice before I decide to take one of their tours!

I am an aspiring author. I love to work in my woodshed. I learned how to run a lathe which is my tool of choice for making lamps and bottles. I also love to dram and paint. Creating is my passion. I am a mother of 4 and a grandmother of 3. I have recently been diagnosed with a rare nerve condition called CRPS. It has been a hard road for me but through this site and creating I hope to find some solace. I am a firefight 2. I have been an applied therapy assistant for autistic children. I have a degree in two years of accounting and have received my certificate in Medical Transcription. I love to learn and grow as a person. View all posts by Pameladlockwood