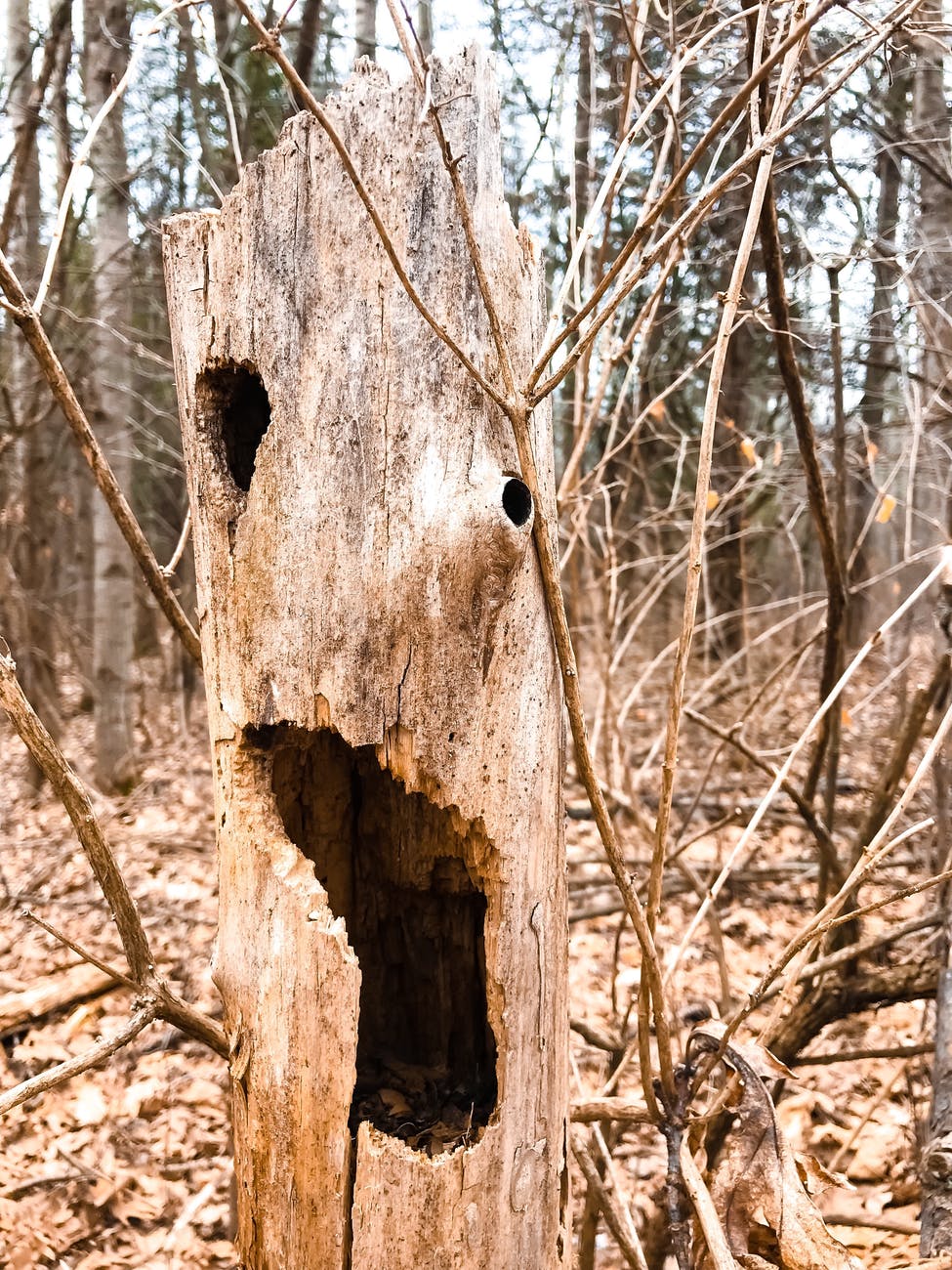 An excursion to look for bird nests, as is typical for young boys to do, four young boys find more than they bargained for while, on land illegally, in Hagley Wood, part of Hagley Estate belonging to Lord Cobhand, near Wynchburly Hill, they discover a human skull.

April 18, 1943 Bob Farmer, thinking he had found a particulary good place to search for birds’ nest, attempts to climb a tree to investigate. Glancing down the hollow trunk he discovers a skull. At first glance he believed it to be that of an animal, instead realizing it was human hair and teeth. Knowing that he and three of his friends were on the land illegaly, Farmer places the skull back into the hollow tree and he and his friends leave without mentioning the discovery to anyone, or so they thought.

The youngest of the four boys, Thomas Willets, felt uneasy about their discovery and decided to tell his parents. Willets parents notified the police. Upon investigation, the police found an almost complete skeleton, a shoe, a gold wedding ring, and fragments of clothing inside the trunk of the tree.

This skull proved to be valuable evidence for the investigators, having still had tufts of hair and a clear dental pattern (minus a few teeth)…after further looking, the remains of a hand were found some distance from the tree.

After sending the body for forensic examiation by James Webster, it was determined the remains belonged to a female. A piece of taffeta was discovered in her mouth, suggesting suffocation. The body had to have been deceased for at least 18 months, having presumably been placed inside the trunk while her body was still warm, as it could not have fit once rigor mortis had taken hold.

During WWII, with so many people havin been reported missing, the records were too numerous for a proper identification to be made, despite cross-referencing details of missing persons throughout the region and contacting dentists from all over the country, with the woman’s dentistry being so distinctive.

Providing investigators with several new leads for tracing the identity, a graffiti message appeared on a wall in Upper Dean Street, Birmingham.

Who put Bella down the Wych Elm-Hagley Wood

Sporadically appearing on the Hagley Obelisk, near where the woman’s body had been discovered, since the 1970’s, similar graffitti, although slightly modified has been written:

Who put Bella in the Witch Elm?

On a radio program that was first broadcast in 2014, Steve Punt suggests two possible victims.

Theory One: In 1944, a woman was reported missing by a Birmingham sex worker. She stated that another sex worker called “Bella”, who worked on Hagley Road, disappeared three years prior. This suggested the graffiti writer was probably aware of this woman’s identity. (Bella also known as Luebella)

Theory two: In 1953, a woman named Una Mossop, made a statement to police that her husband (Jack Mossop), confessed to family members that he and a Dutchman (Van Ralt) had put Bella down the tree.

Mossop stated that he and Ralt had met for a drink at the Lyttelton Arms. Mossop said that later that night a woman had become drunk and passed out while they were driving. Mossop and Ralt placed her inside a hollow tree in the woods hoping that when she woke the next morning, being frightened, she would see the error of her ways.

Mossop had been confined to a mental hospital, suffering from recurring dreams of a woman staring out at him from a tree. Mossop died died in the hospital before the womans’ body had been found in the hollow tree. Una Mossop did not come forward with this information for more than ten years after her husbands death, leaving the likelihood of this confession questionable.

Several theories have surfaced. One from a M15 declassified file about Josef Jakobs, who was the last man to have been put to death in the Tower of London, August 15, 1941. There were several descrepancies about who he believed the woman could be, and in September of 2016 it was determined the woman he believed it to be had died in Berlin on December 16, 1942.

Another of these theories coming from Margaret Murray, an anthropologist and archaeologist. She proposed Witchcraft as a possibility due to the severing of one hand, consistent with a ritual called Hand of Glory. Her theory excited the press and investigators considered another murder of a man, seemingly ritualistic in nature, Charles Walton, in nearby Lower Quinton.

The theory of a Dutchwoman named Clarabella Dronkers, surfaced in 1953. It was said that she was killed by a German spy-ring, which consisted of a British officer, a Dutchman and a music hall artist, for “knowing too much”. There are no available records or evidence to support this theory either.

Many still wonder of the true identity of this woman and for years there have been many blog posts and news articles done to try and uncover “Bella’s” true identity and what happened to her. I believed this to be a very compelling story in nature, as a writer.

Theories and possibilities are ever endless in the world of unsolved cases.

Join Voices of the past and present in drawing conclusions of possibilities surrounding “Bella’s” unsolved murder.